This projects presents mainly the work of my bachelor thesis. However, after submitting my thesis, I had the opportunity to keep on working on the topic, which produced the final results presented below.

In the broadest categorization, my Bachelor Thesis belongs to the category of visual object tracking. Visual object tracking is a fundamental problem in computer vision, which is a vital requirement for many higher-level goals like human-robot interaction, general robotics or autonomous driving.

The Knowledge Technology research group at the University of Hamburg (where, at the time of writing, I am working as a student employee) developed a visual object tracker, called HIOB, that tracks purely based on hierarchical, convolutional features (for more details on HIOB, please consider Stefan Heinrich et al’s work).

For my Bachelor Thesis, titled “Scale Estimation in Visual Object Tracking” (download the PDF here), I was tasked to extend the HIOB tracker, specifically, to implement some form of Scale Estimation. Scale estimation is another basic problem in computer vision, which addresses to problem of recognizing the same objects at different scale levels. Intuitively, this is critical for successful object tracking. The target object for tracking is arbitrary, thus it is very much possible that the object can move in relation to the camera position, which can cause scale distortions in the feature space. The coping with the distortion of the visual features due to scale transitions of the object is the key concern in the Scale Estimation problems. Consider the following image for an illustration of the scale estimation problem: 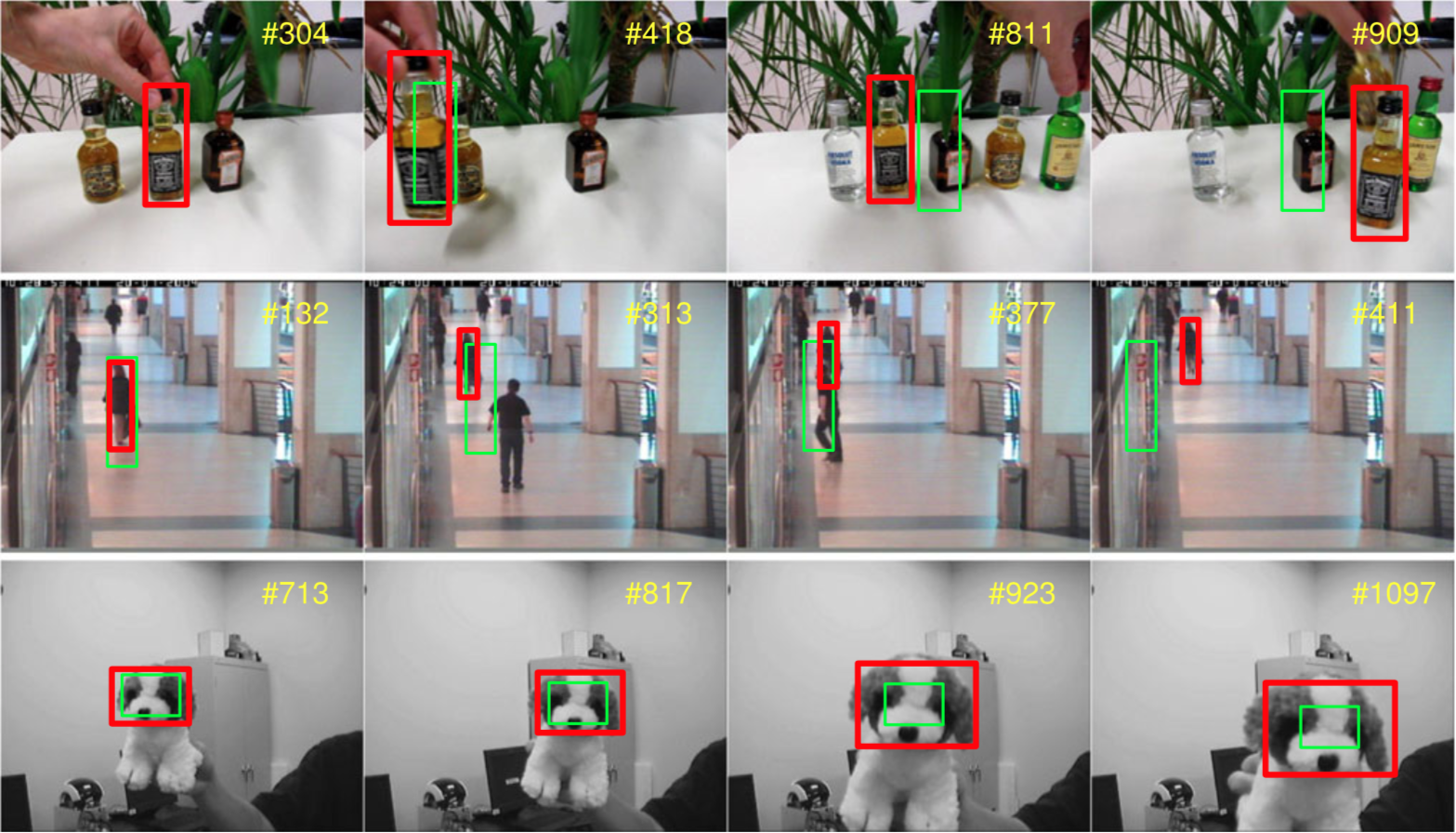 Illustration of the scale estimation problem. Image taken from [4].

After extensive literature research, I identified the most promising approach that was compatible with the HIOB tracker to be the Discriminative Scale Space Tracking paper [4]</a, where a scale filter is trained and updated based on multiple image patches, sampled on multiple scale resolution. 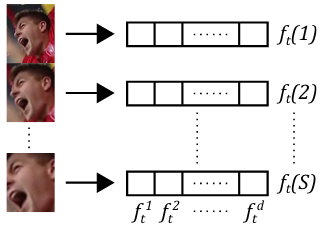 Illustration of the DSST scale sample. Image taken from [4].

At each time step, the scale of the objected is estimated, based on a Histogram of oriented gradients-representation (HOG) of the scaled image patches. Since this is a very generic approach to the problem, which is independent of the implementational details of the main tracker, it was relatively straight-forward to implement the scale pyramid together with the HOG representation and integrate both into HIOBs main pipeline. This alone allowed for an online updating of the scale of the object during tracking.

However, instead of stopping at this point, my thesis supervisor Dr. Heinrich advised me to implement a second approach, with the idea of estimating the scale based on convolutional features directly, without the need for a dedicated scale representation. Thus, I developed an algorithm that estimates the scale of the target object during tracking. Without going into detail, the key idea is that all convolutional features (that belongs to the object) are detected with a certain confidence and that the totality of all feature confidences can be evaluated, reflecting the scale of the object (for an in-depth explanation, see my Bachelor Thesis PDF). 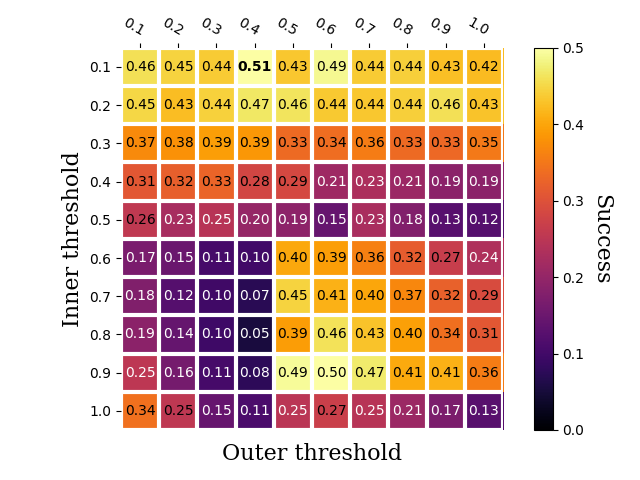 Visualisation of some results from the hyperparameter optimization.

Finally, once good hyperparameter configurations were found for both algorithms, we conducted a benchmarking experiment on two different datasets, comparing the performance of both algorithms. These revealed that our novel approach, which estimates the object scale purely based on convolutional features, is significantly better than the DSST algorithm on one of the two datasets, while also being orders of magnitude faster, in terms of processed frames by seconds, which were incredibly exciting results! Again, for a more in-depth analysis of these results, I refer to my actual thesis document and this follow-up document, containing more recent and polished results. However, while the convolutional features appear to work very well and very robustly for most sequences, we identified that occlusion of the object is particularly challenging to adapt to, which makes sense for an online trained model.

This concludes the very brief write-up of my Bachelor Thesis project. Check out some exemplary results below or take a look at the Github-Repo, if you feel like it :)

Without providing an in-depth explanation or analysis, I still want to show some results here, as I find them really exciting. Feel free to check out the addendum to my thesis, where these results originate from and are explained accordingly.